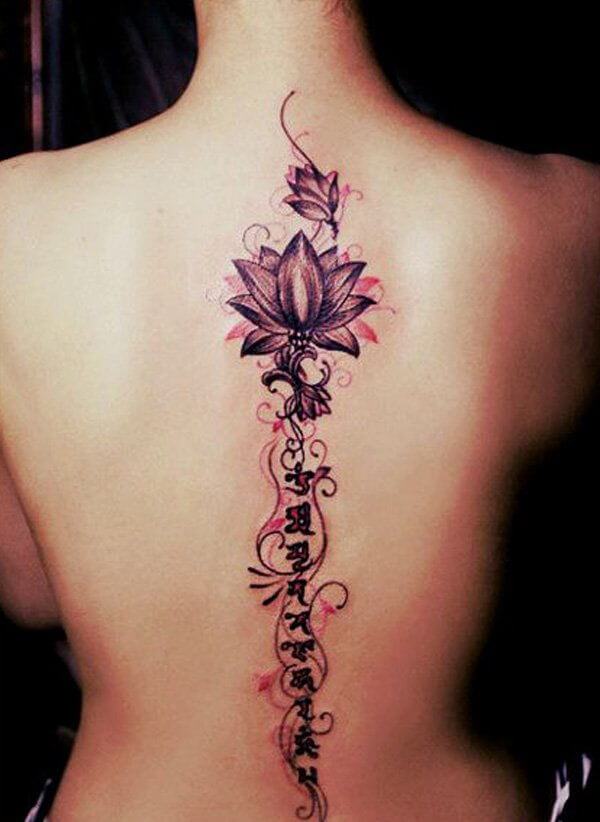 Women’s feminine tattoos are crossing and overcoming all the trends about the interesting upcoming trends. Let’s start from the start. A tattoo is a form of art performed on any part of the body using a needle inserting ink inside the skin of a human being.

Now with the help of friendly technology, tattoo machines have been introduced. The tattoo introduced in the 18th century is a loanword from the Samoan word tatau, meaning “to strike.” Earlier, people weren’t that comfortable with tattoos, but they were slowly adopted by the mid of 20th century.

Almost every person loves having tattoos, especially the upcoming generation. It’s just like another desire that people primarily have. Some get these just for fun, whereas others get them for a special purpose. Many people get them for spiritual purposes, according to sayings in their religion.

Nowadays, people get tattoos in the memory of someone, which clearly shows the person’s feelings for that person, for the show, for artistic purposes, etc. Everything in the tattoo describes something; even a single curve got a significant meaning.

Women’s feminine spine tattoos are made for various purposes such as medical, facial looks, etc. There are five types of tattoos i.e., Traumatic tattoos, Identification (forcible tattoo for identification, cultural identification, animal identification, and Postmortem identification), Cosmetics, and Medical. The back part of the body is one of the famous and trending locations for tattoos, especially the spine itself, and most females are the ones who go for these kinds of tattoos. Spine location is meant for deep, meaningful tattoos.

How did all this take a ladder of growth?

It all started between 3370 BC and 3100 BC. Otzi, Europe’s oldest human mummy, was the first being whose body was found with tattoos. It consisted of 61 tattoos at different locations indicating different meanings. It took a long way, from wall to mummified skin to living human body parts.

Tattoo practicing is noticed in almost about 49 different locations, including Alaska, Mongolia, Greenland, Egypt, China, Russia, Sudan, Russia, and the Philippines, plus remains of dead mummies with tattoos mummied had been discovered. All these had been held in different locations of the world. Tattoos have taken various forms and meanings with the growing centuries and technologies.

Looking back, we will find that tattoos were more famous among men than women, but a sudden change occurred in the 1990s as the practice gained women’s concentration. A white woman in the U.S named Olive Oatman got her first women’s feminine spine tattoo just after her family got killed by Yavapa is Indians. Slowly increasing the count of tattoos, at the age of nineteen, she became a celebrity.

What do these tattoos represent in a person?

As I discussed earlier, some get it for the special thing, whereas some get it for the uniqueness. Being the most vital part of the body, it usually takes 2-3 weeks to heal to the swallow; it somehow looks from the outside, but it can take six months for the inner skin to be normal.

Do any precautions need to be taken?

As we all know, these women’s feminine spine tattoos take time to heal, and they might look good from the outside, but there are possibilities that the inner skin is continuing the healing process. One should be prepared and cross-check their medical issues to avoid serious problems. Before getting the tattoo on the location, it’s better to consult with a doctor. Be sure with the location as going for the tattoo in the back; one should stay prepared for the uncomfortable sleep.

The back is way more sensitive than the other parts of the body. After the women’s feminine spine tattoo process is done, ask for the medicines for security. The ointment is one of the best products that can be used after the process. Pregnant ladies should avoid getting a tattoo on the back.

Some of the latest trending ideas for women’s feminine spine tattoos are:

If you are a person who is obsessed with the idea of colors and flowers, then you should go for this pattern.

This art combines precise and black ink, giving a good detailed look. This is one of the best combos I think should be for this beauty combo.

If you are a person who loves to read and write quotes, then going for this kind of quote tattoo makes great sense. Moreover, it also looks attractive.

A person with a bold and risk-taking personality must apply for this bull-inspired tattoo.

I guess this is the most famous among the girls due to the presence of unicorns. A unicorn is a very colorful and gorgeous animal in itself. So yes, if you are a colorful calm person, then go for this idea.

Getting tattoos is one’s personal choice. Nowadays, since there is equality in everything, men and women get tattoos; even the women are the ones who are founded more to get a tattoo. According to my preference, I would like to go for meaning and peaceful tattoo, and a women’s feminine spine tattoo is a perfect recommendation.