From the age of five, Linda Blair had to get used to the spotlight, first as a child model and then as an actress, when out of 600 applicants she was picked for the role of Regan, the possessed child, in The Exorcist (1973). Linda quickly rose to international fame, won the Golden Globe, and seemed to be set to take the Academy Award for that role, but when it leaked how some parts of the role were not performed by her (the demonic voice was dubbed by Mercedes McCambridge, and eight seconds of a stunt dummy were used) that dream broke, and with that disappointment probably came the first blow to what looked like the beginning of an A-list career.

Over the next few years she had no trouble securing lead roles in a number of pictures, including the highly successful television films Born Innocent (1974) (the #1 TV movie of that year) and Sarah T. – Portrait of a Teenage Alcoholic (1975), as well as the Exorcist sequel Exorcist II: The Heretic (1977). However, when she was peer pressured into buying cocaine at the age of 18, it led to an arrest and subsequent sentencing to three years probation. The much-publicized drug bust caused Linda to be blacklisted in Hollywood, and her career was soon reduced to B-movies and occasional TV guest appearances only. 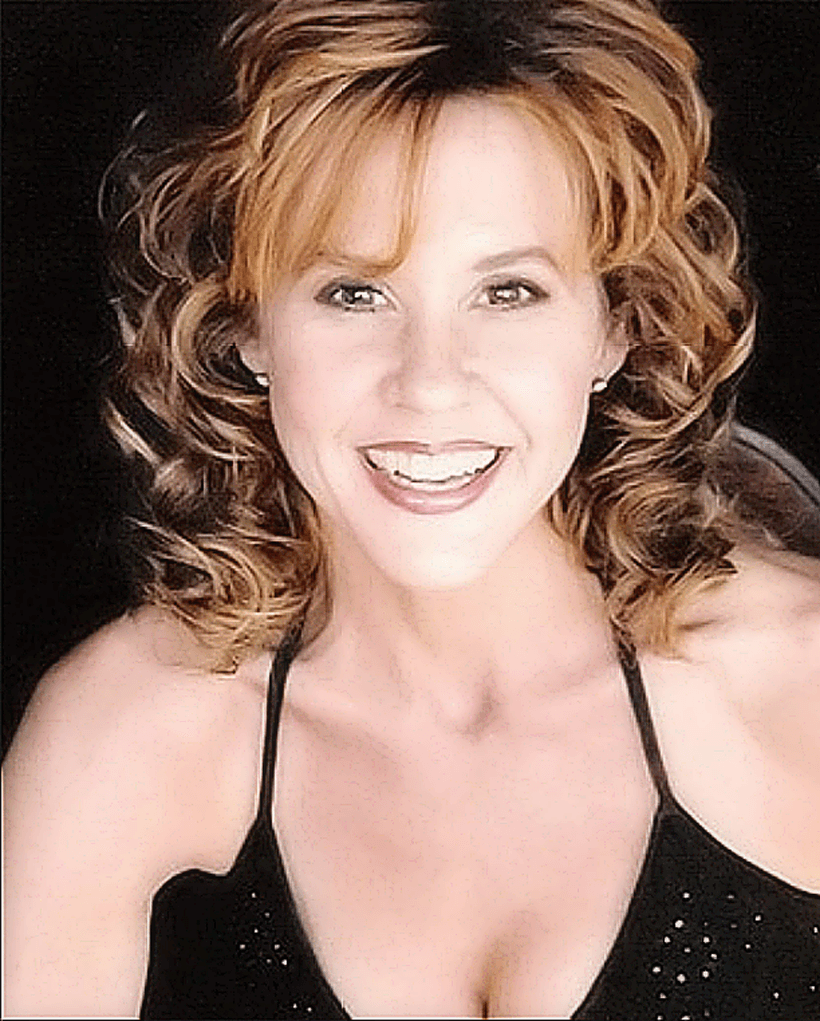 Although her career never returned to its former glory, Linda proved to be a good sport about embracing the change, and out of the ’80s emerged lead roles in two cult classics: the women-in-prison film Chained Heat (1983) and the femme fatale vigilante action film Savage Streets (1984). She continued acting in numerous films throughout the ’80s and ’90s, including the Exorcist spoof Repossessed (1990). In 1997, she also took to the Broadway stage and starred as “Rizzo” in the revival of “Grease.” She received widespread mainstream attention again in the 2000’s with the theatrical re-release of the Exorcist, followed by a hosting job on the hit Fox Family TV series Scariest Places on Earth (2000), which ran for six years and followed Linda as she visited notorious “haunted” locations around the world.

Linda was born in St. Louis, Missouri, to Elinore, a real estate agent, and James, an executive headhunter. She has a brother, Jimmy, and a sister, Debbie. Linda has been a Hollywood icon for over 40 years, but it is her first love of animals that has ultimately taken center stage in her life. She now runs the Linda Blair WorldHeart Foundation, a non-profit 501C3 tax deductible organization dedicated to rescuing and rehabilitating abused, neglected, and abandoned animals from the harsh streets of the Los Angeles area, as well as from the overcrowded and overwhelmed city and county animal shelters. She works and lives on the 2-acre rescue sanctuary full-time in California, which was featured on The Today Show in a segment titled “From Devil to Angel.” Of course, she also makes frequent appearances at horror fan conventions to celebrate the legacy of The Exorcist (1973) . 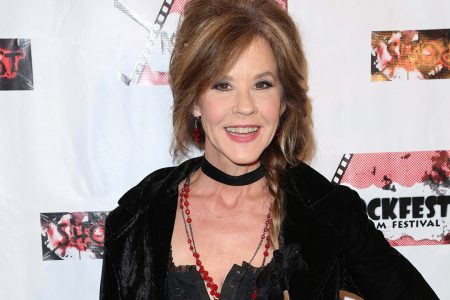 Linda has won numerous awards for her work as an animal rights activist from organizations such as P.E.T.A. and also lends her name to helping stop animal abuse around the world.
One of Linda’s pet dogs was stolen from her, and ever since she has become involved with stopping animal/pet theft.
She’s written a book about veganism called “Going Vegan!”.
Her frightening turn as “Regan MacNeil” in The Exorcist (1973) was ranked #9 on the American Film Institute’s villains list of AFI’s 100 Years… 100 Heroes & Villains (2003).
Won the Presidential Fitness Award during her early teens.
Ranked #36 in VH1’s list of the “100 Greatest Kid Stars”.
Founder of “The Linda Blair World Heart Foundation,” which advocates the rescue and adoption of animals.
Friend of Tippi Hedren.
Did an audition for the role of “Emmeline” in The Blue Lagoon (1980) in an attempt to break free from the “victim” typecasting that had followed her since playing the possessed girl in The Exorcist (1973), but the role went to Brooke Shields.
Was in talks to star as “Iris” in Taxi Driver (1976), but the role went to Jodie Foster instead (and Foster was nominated for an Oscar).
Her mother, Elinor Blair, died in 1994, of cancer.
Went through her parents’ divorce, two break-ups (one with rock star Rick Springfield), depression, and a drinking problem, all during the making of Exorcist II: The Heretic (1977) – which bombed at the box office. Later that same year, three of her friends from the band Lynyrd Skynyrd died in a plane crash, and she was arrested on drug charges shortly after the funeral. In a 2001 interview with Lifetime TV’s “Intimate Portrait,” Blair said, “I can reflect back and say that was one of the most difficult years anybody could ever have survived through. And I do give myself credit and I do try to embrace myself for making it through that time, because I know it just about killed me”.
After Hurricane Katrina, she personally rescued and transported 51 displaced dogs that had been left to die.
Her life’s savings have all gone to charity and animal welfare.
Was one of the celebrities to fight against the FDA’s Nutritonal Labeling and Education Act of 1990, which involved an agenda to restrict the rights of American citizens to purchase natural herbs and vitamin supplements on the basis of those supplements being “unsafe” and in need of strict regulation like pharmaceutical drugs. Along with other celebrities like Whoopi Goldberg and Randy Travis, Blair helped to fight back this legislation at the time, but the agenda is still being pushed today by both the FDA and the United Nations’ Codex Alimentarius program.
Throughout the years, she has worked with Elizabeth Taylor, Martin Sheen, Anthony Hopkins, Kirk Douglas, Richard Burton, and Leslie Nielsen.
Currently developing a remake of Hillbillys in a Haunted House (1967). [February 2008]
Operates the Linda Blair WorldHeart Foundation which is a non- profit, 501C3 tax deductible organization dedicated to rescuing and rehabilitating abused, neglected, and abandoned animals from the harsh streets of the Los Angeles area, as well as from the overcrowded and overwhelmed city and county animal shelters. [February 2009]
Has been treated for a hernia, as told on the April 16, 2014 episode of The Doctors (2008).
Subject of the tribute song “Linda Blair” by Redd Kross.
She was the first choice for the role of Vasquez in Aliens (1986), but scheduling conflicts with Nightforce (1987) forced her to leave the movie. 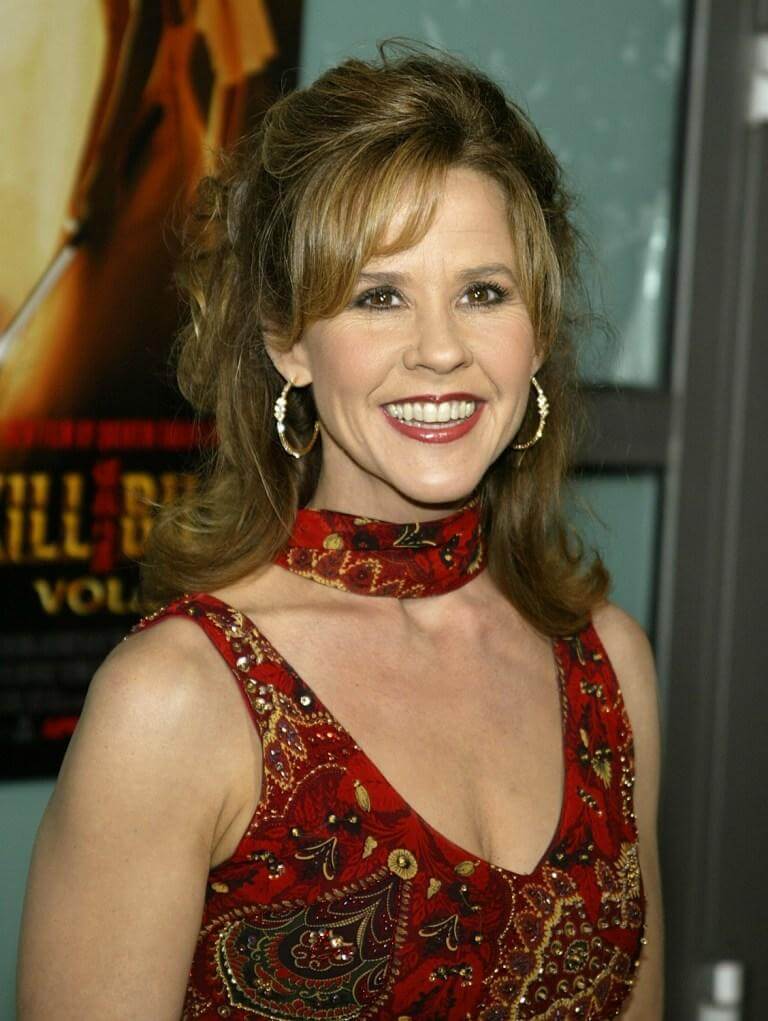 Not a day goes by that somebody doesn’t say something about it, which is interesting. My life is possessed with “The Exorcist.”
previous post

Backpacks, Belt Bags, Shoulder Bags or Totes? Which Is Best For You?

How to stick to fitness resolutions in the New Year