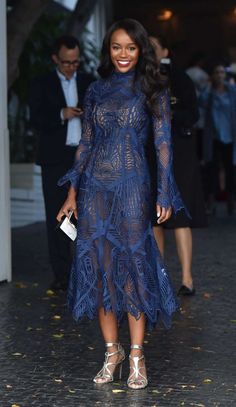 Aja Naomi King is an American actress perhaps better known by her character name Michaela Pratt in the legal drama How To Get Away With Murder. The multi-talented television personality has appeared in numerous films and series and has continuously wowed her fans with her charisma and prowess on the screen over the years. She keeps much of her private life under wraps. 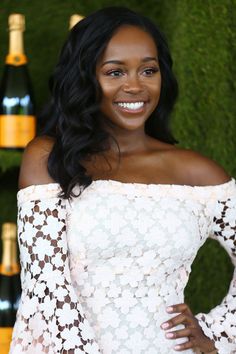 King appeared in several short films before landing guest roles on the CBS procedurals Blue Bloods and Person of Interest. Her big break came in 2012 when she was cast as new surgical intern Cassandra Kopelson on the CW drama Emily Owens, M.D. The series was canceled after a single season in 2013. She later starred in the Amazon Studios comedy pilot The Onion Presents: The News. King also played Wendell Pierce’s daughter Abigayle in the independent film Four, released on September 13, 2013. Along with her castmates, she won a Los Angeles Film Festival Award for her role in this movie.

Also Read: Cosmetic routine: everything you need to know

In 2014, King had a recurring role in the ABC drama series Black Box, and was later cast as one of the leads in the Shonda Rhimes’ legal thriller How to Get Away with Murder.

One of the most common questions among fans concerns Aja Naomi King age. This is attributable to her stunning looks and the fact that she never seems to age. The bubbly actress was born on January 11, 1985, in Los Angeles. She grew up in Walnut, California and attended the University of California for her Bachelor of Fine Arts. King later joined Yale University and graduated in 2010 with a Master of Fine Arts. The actress has received various awards and nominations for her roles in different shows and films. There are often questions regarding Aja Naomi King Nigerian roots. There is very little information about this though. We only know that her parents are African-American.

The beautiful Reversion actress stands at 1.65 metres (5 feet five inches). Her body size is 36-25-35 inches, and she tips the scales at an enviable 54 kilograms. Aja is of a relatively slim build and stunning looks that most would die for. Aja Naomi King natural hair has been the subject of admiration throughout the years. She prefers styles that ooze class and elegance while still looking simple. Her hair waves and crown braids are worth a second look. 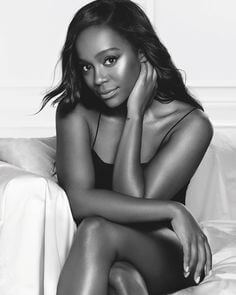 Who is Aja Naomi King dating?

Fame and popularity come with massive fan bases that in turn come with endless questions regarding one’s private life. Fans of the popular actress always like to keep up to date with her current love life. One favourite subject concerns Aja Naomi King relationship history. One name that continually comes up in every Aja Naomi King boyfriend conversation is unsurprisingly one of her co-actors from the show How to Get Away with Murder.

Aja Naomi King and Alfred Enoch allegedly began dating back in 2015 after meeting on set for the show. However, the actress has not revealed much about the relationship. The only substantial clues are some romantic photos of the couple on her social media pages. There were photos of the pair going on holiday with her parents. However, neither the actress nor her alleged boyfriend has confirmed anything about the relationship. 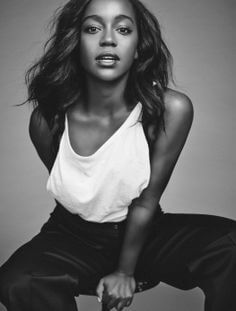 Aja Naomi King and Jack Falahee were also rumoured to be dating a while back. This followed some pictures in which the two seemed rather cosy. However, neither of them has confirmed anything about the relationship in public. Jack is part of the How to Get Away with Murder cast. It seems that Aja Naomi King husband is still somewhere out there. We can only wish her well and keep waiting to see the lucky man once he is revealed.

Aja began her acting career while attending Yale University. She was a vital part of the University’s theatrical productions such as:

She made her TV debut in 2010 appearing as a guest star in shows such as The Blacklist, and Person of Interest. Her first significant role in the television show was in 2012 when she was cast to play Cassandra Kopelson, a surgical intern in the show Emily Owens. However, her character was short-lived since the show got cancelled.

In 2013, Aja appeared in the movie Four where she played Abigayle. She won a “Best Performance by Cast” award along with her co-actors for her role in the film. Aja made appearances in several other films over the next few years such as 36 Saints and The Rewrite. She starred in the 2014 series Blackbox as Ali Henslee before it got cancelled after one season. In 2014, the actress landed what is perhaps her most famous role to date. She was cast as Michaela Pratt, one of the top students in ABC’s How to Get Away with Murder. The law stars a brilliant law professor and her five students who become entangled in a murder plot. The show became quite popular and had more than 14 million viewers. Aja’s role in the show earned her a nomination for the NAACP image award.

Other notable appearances by the actress include Birth of a Nation, the Upside and A Girl from Mogadishu. The actress has built up significant wealth from her acting career. Her current net worth is estimated to be $3 million.

This Aja Naomi King bio portrays a successful actress who is an inspiration to others all over the world. She has scaled the heights of education and is among the most celebrated black actresses today. Her appearances on the screen showcase her prowess to adapt to various characters and play them out to perfection. We hope for more from this gorgeous television personality in the coming years.

20 MOST BEAUTIFUL BLACK WOMEN IN THE WORLD

How long does it take to get used to progressive lenses?